Launching the most affordable meal kit in the market

Dinnerly was born out of a simple need: to provide meal kits that were accessible to everyone, regardless of income. At $5 per dish, it is the most affordable meal kit in the market. It all began when our team at Marley Spoon tapped into why users were cancelling their subscription, with many citing price as their primary reason. This finding provided an opportunity to explore ways of bringing affordable dishes to those who wanted the convenience of a meal kit. You might be wondering: how does Dinnerly keep costs low? Each box comes with fresh produce, but recipes were developed to use less ingredients and to be simple enough for weeknight cooking (taking 20 minutes on average to prepare and cook). Recipe steps are digital only, instead of printed cards that is typically found in other meal kits.

Dinnerly's test launch in the East Coast was a success—soon it became available to the rest of the United States. Dinnerly entered the market in Australia in 2017 and Germany in 2020.

As the only product designer, I worked closely with developers to wireframe, design and ship Dinnerly.com in time for launch. I also developed the UI style guide in collaboration with brand designers. 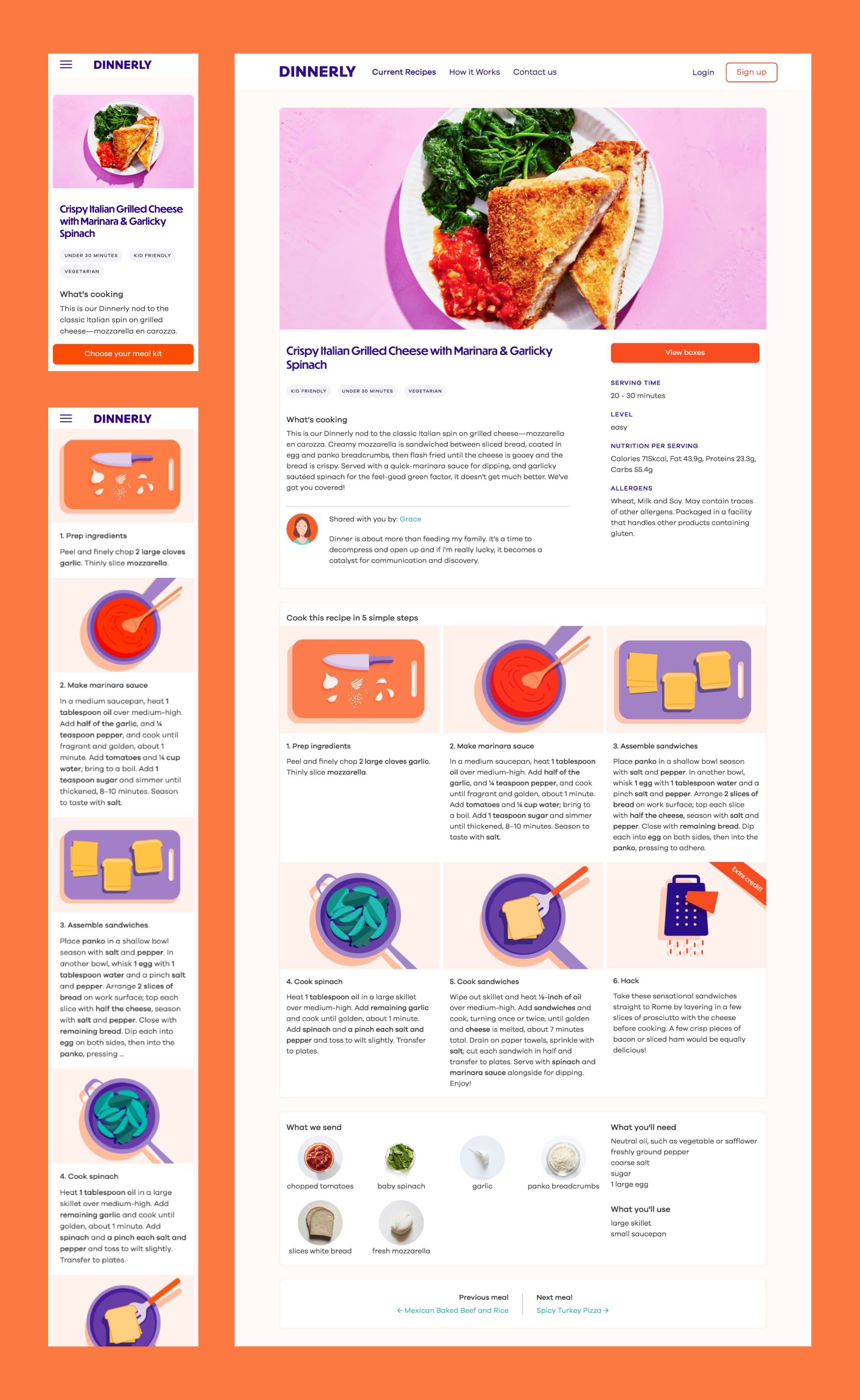 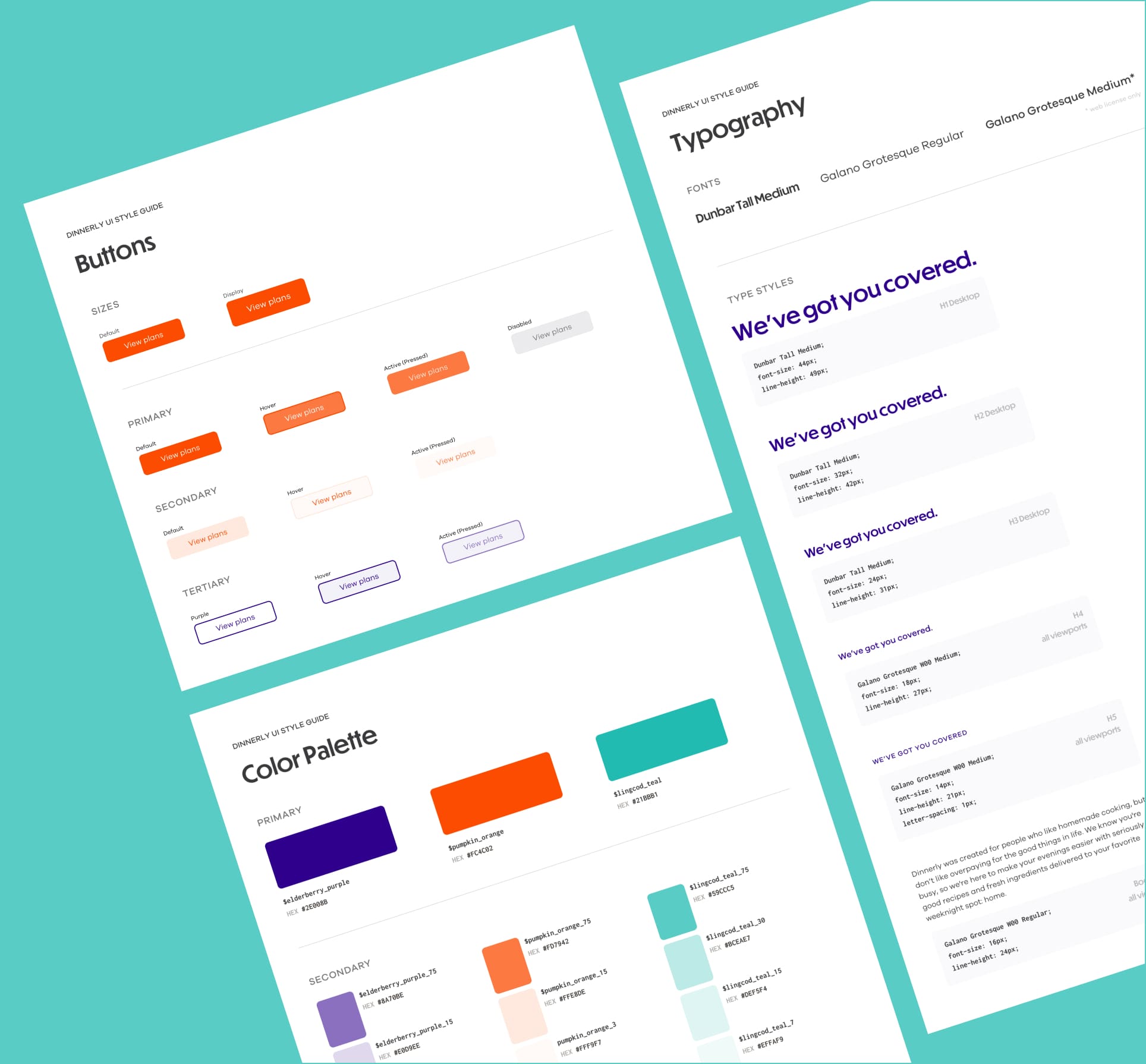 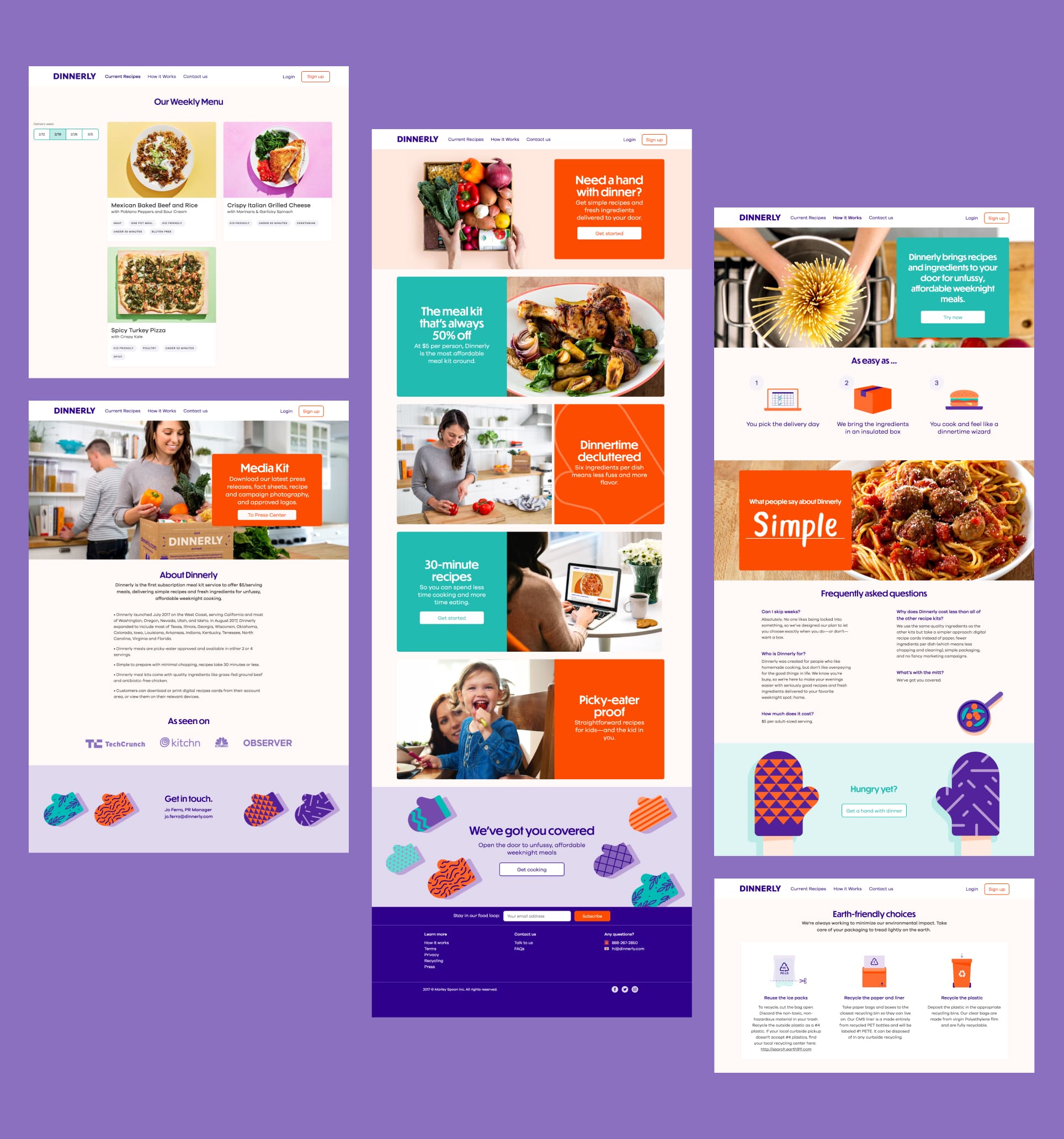